Waiting at the Rainbow Bridge 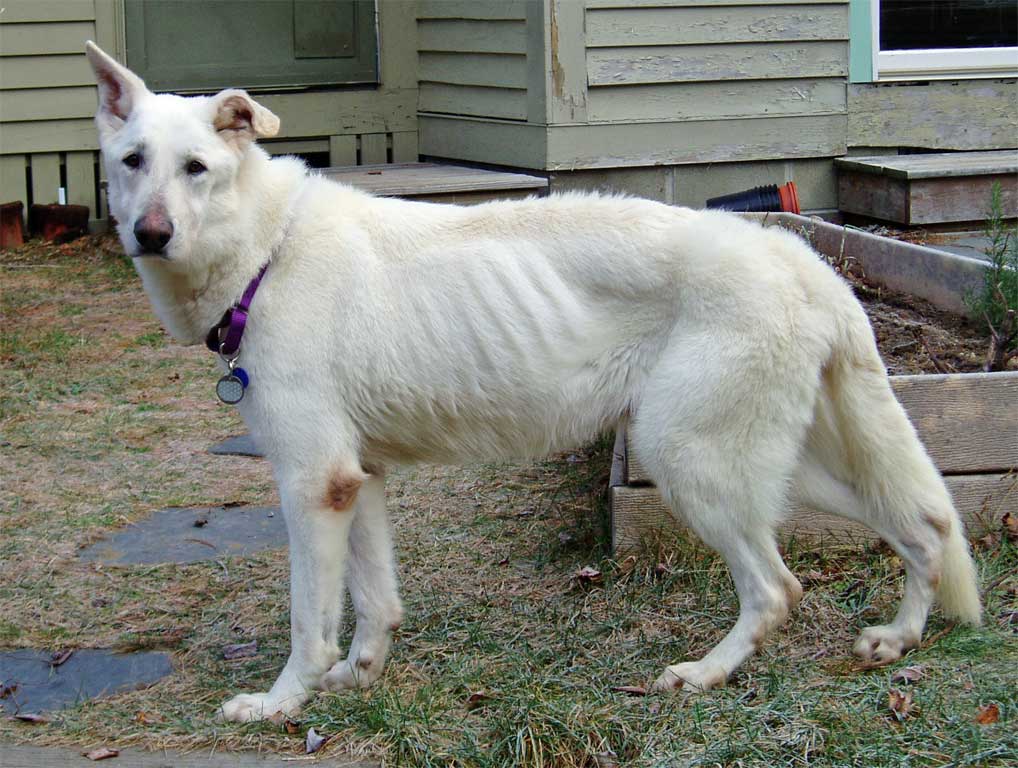 Although all the dogs are loved who come into our rescue, Wayde is special in all that he has endured in the time he has been with us. Wayde needs a buddy and after reading this story, perhaps you will want it to be you.

Months ago, GSRNE was called about a dog being held at a vet’s office. This boy had been there for some time, and he had no chance of being adopted out from there as they are a holding facility and not a shelter. The white Shepherd, who was known as Stray 06-22 had been there for weeks and was not doing well mentally or physically. They called us for help, and we sent out evaluators to check him out. 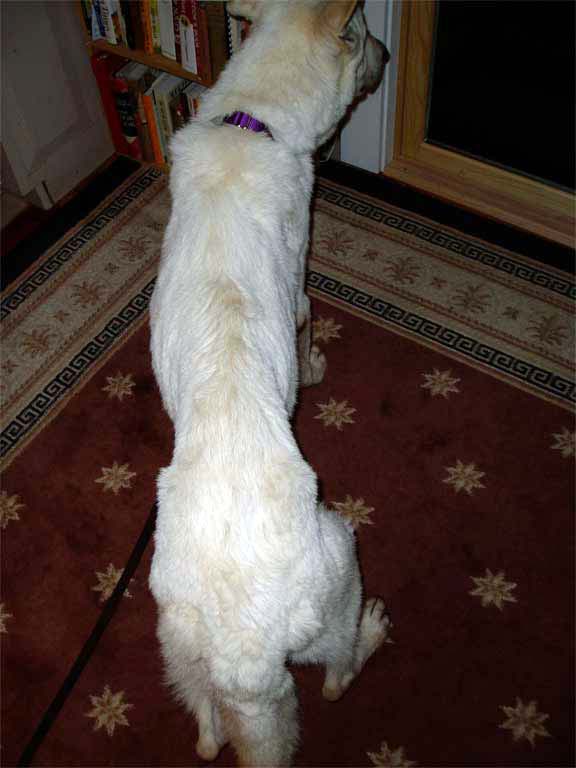 Wayde has EPI and needs special enzymes
to digest his food correctly.

We found him to be a really nice boy, so brought him into GSRNE and boarded him while looking for a foster home. Though we usually put our dogs directly into foster homes, in Wayde’s case, he needed to get out of the shelter sooner rather than later.

When we rename our foster dogs that we get from shelters, we try to use the next letter of the alphabet, and we were up to the letter W., so he became Wayde.